New releases & reveals by the bunch!

With the first stirrings of the season change, come bunches of fresh new books! These are truly a mix - from books for young readers to 18+ so read the fine print. LOL.
*** 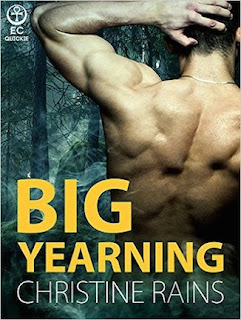 Suzetta Hughes has it bad for gorgeous forest guide Rayce Webb, but her best friend already called dibs on him. He hasn’t shown interest in anyone other than Suzetta, though. Clearly that means the claim is canceled, right? But after Suzetta shares more than a kiss with him by the river, everything goes wrong. Suzetta flees into the woods alone, leaving behind both her pissed friend and a hot guy who’s actually attracted to her. And exploring a potential Sasquatch hideout only makes things worse—and more dangerous.       ***Reader Advisory: This story has graphic sexual language and scenes—no closed bedroom doors (or other rooms) here!
Get it at Amazon & Kobo, See ALL of Christine Rain's sizzling romance from Ellora's Cave right here!

Now, a cover reveal for a sexy new crime series from Bailey Quinn, the pen-name of award winning YA sci-fi writer Carlyle Labuschange.

"The most challenging book I've ever written. It nearly defeated me." ~ Carlyle 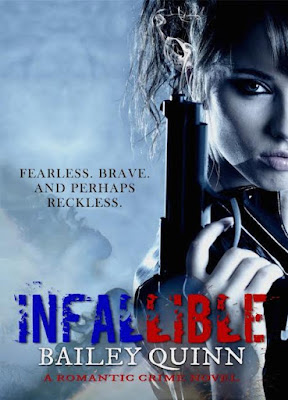 THE MOMENT DETECTIVE SCARLET ANNE MARTINS stepped into that prison, her resolve began to wane, a struggle she had long forgotten between heart and head. Unable to deny it any longer, the feelings she had for Alaric were strong—and her desperation to save him, would ultimately be what would killed them both.

For a super cop, her judgment in men truly failed her. But while her life, and anyone’s who tried to stop her was in mortal danger, she had to forget every single detail about Special Agent Blade. Her primary focus was getting through the next twenty-four hours without killing anyone.
Thereafter, her purpose would be to find a way to put behind bars those who were framing her for murder, and the bombing in New York City. It would prove to be an almost impossible task, since she had become a fugitive in a foreign country.

This time, her drop-dead gorgeous looks and South African accent would work against her in every way—she would be recognized in a heartbeat on the streets. With nowhere to run, she made the decision to face the peril head on and ensnare the evil that was coming for her, and the only way to do that was by giving them what they wanted.

***
Here's a new YA romance by Wende Dikec. Pre-orders open! 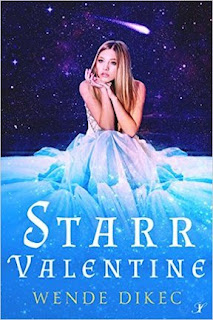 
What happens when the beautiful swan becomes the ugly duckling?
Starr Valentine has a perfect life in Middleton, Ohio. She was named captain of the cheer squad, her mother finally allowed her to get highlights, and the cutest boy in school asked her to homecoming. But everything comes crashing down when she finds out her parents are actually monarchs in exile from a mysterious planet called Vega. Starr doesn’t want to leave, but loves the idea of being a princess, and decides moving to an alien world might not be so bad. When she gets there, however, she discovers that something is terribly wrong.


Starr has always been the winner of the family, but now everyone is fawning over her chubby older sister, Astra. And everyone, even a handsome and annoying young duke named Julian, seems to hate her. That is when she realizes the awful truth. Astra is now the pretty one. Astra has all the friends. Astra gets all of the attention. And Starr Valentine, voted Miss Perfect, is now the ugly duckling. Her biggest fear is…will she be able to turn back into a swan, or is she doomed to be a loser forever?
Pre-order it from Amazon


***
And here's a fun adventure for your nine to twelve year-old. Hey, they need books too! 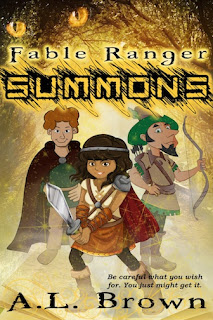 
Take care of what you wish for. You just might get it.
Twelve-year-old Casey doesn’t think life could get anymore unfair. Plans for her special basketball tournament are tossed aside by her sister’s change in wedding plans. She even has to be a bridesmaid now, with all the lace and silk and - oh the horror! All she wants is an escape, but she never imagined she’d be swept away to a world of Mother Goose rhymes, fairy tales, stories of Arabian Nights, and oh, by the way, all but one fairy godmother is kidnapped.
Casey learns she’s been summoned as the Fable Ranger to lead the search and rescue of the missing wish-makers. She also discovers she isn’t the hero they would accept. In the world of fairy tales, damsels aren't meant to swoop in to save the day.


Now all Casey wants is to go home, a wish easy to grant if the veil between worlds weren’t on lockdown. Taking fate into her own hands, she embarks on an airship flight to find the phoenix tears that can help open her way home. Her journey would’ve gone as smooth as the perfect layup if it weren’t for that pesky bounty the evil Dovetail placed on her head. Casey refuses to fail knowing it would allow the legends of Arabian Nights to disappear forever and leave her trapped in a world unraveling one fairy tale at a time.
Get it at Amazon
Posted by Catherine Stine at 5:03 AM 3 comments: