Studying the Anthony Murder Trial for Tips on Writing Suspense

Has anyone been following the Casey Anthony trial? I hate to admit it, but I’ve gotten transfixed. This has only happened a few times with me: during the OJ and the Menendez brothers’ trials.

How does this relate to writing, you ask? A lot. I’m interested in analyzing what goes into a good mystery or thriller, or simply how to write great, prolonged suspense.
A complex trial like this one, with so many unexpected twists and turns, and with such rampant lies and weird pathology, by its very nature, is buzzing with suspense.

How could a pretty, popular mom kill her child? Is Casey Anthony a violent sociopath, or was her two-year-old daughter's death a swimming accident? There were no eyewitnesses, so the prosecution must build its case on what's called “circumstantial” evidence—putting together pieces of the puzzle, such as a search on the home computer for chloroform 84 times! Or the question of why would one need to apply 3 layers of duct tape to a drowning victim. And why did this mother decide to throw her father and brother under the bus by saying they did nefarious things to her, when all along the father and brother were her staunch defenders? And then, there’s the meter reader, Roy, who found the little girl, Caylee’s skull, buried up to its eyeholes, in a trash dump. If you believe the defense theory, he arranged the bones and duct tape to get the cash reward (That he never received). If you believe the prosecution, Roy was the hero, who finally found the remains of little Caylee, and helped bring her one step closer to justice. The way the lawyers present their witnesses, and all of the forensics testimony, is truly fascinating to me. One person is a hair expert. Another is an expert in detecting volatile gases. And they all want to drivel on about their gadgets.

Will I ever try to tackle writing trial scenes? A very intimidating idea! One would have to speed through the typical minutia of an actual trial to get to the meat, where someone’s sobbing on the stand, or obviously lying, and perjuring themselves. In the Casey Anthony trial, even though spectators have traveled from all over to get in the courtroom, many have fallen asleep from the droning “experts” only to be kicked out for snoring.

Has anyone tried to write a trial scene? To Kill a Mockingbird comes to me. Have you learned how to write suspense from watching a trial, used forensics in a scene, or written a mystery with any of these aspects? Anyone recall a children’s or YA novel that includes some part of a trial? Dish here.
Posted by Catherine Stine at 6:06 AM 12 comments:

The Book that Inspires Me Most! For the Blog-A-Licious Tour

I’ve been invited by the amazing Pandora Poikilos to post on “The Book that Most Inspired Me” Blog-A-Licious Blog Tour. Join us in the hop that connects bloggers of all genres, backgrounds and locations and share with us all the book that inspires you the most too! For me, without a doubt it is Alice’s Adventures in Wonderland.

One Charles Lutwidge Dodgson, aka Lewis Carroll, born in England in 1842, wrote a book for Alice Liddell, the daughter of the head of Christ Church. He'd often told her the story of the girl plunging down the rabbit hole, and she asked him to please, please, please write it down for her.

Who can forget his spectacular characters: the Mad Hatter, the Red Queen, the March Hare, the Rock Lobster, the Caterpillar with his hookah and the sleepy dormouse? Alice’s entry into the eensy, weensy door that gained her entry into a magical world inspired not only my imagination, but seemingly many authors who designed similar magic portals in their novels: the wardrobe of The Lion, the Witch and the Wardrobe, The Magic Treehouse series, and the list goes on. Who can forget Carroll's wondrous inventions such as the “Drink Me” bottle, or events like the Mad Tea Party, where the guests simply moved ‘round the table when their teacups became dirty?

“A bright idea came into Alice's head. `Is that the reason so many tea-things are put out here?' she asked.

`Yes, that's it,' said the Hatter with a sigh: `it's always tea-time, and we've no time to wash the things between whiles.'

`Then you keep moving round, I suppose?' said Alice.

`Exactly so,' said the Hatter: `as the things get used up.'

`But what happens when you come to the beginning again?' Alice ventured to ask.

`Suppose we change the subject!' the March Hare interrupted.”

Even the great Russian novelist, Nabokov was inspired by the wordplay and logic games of Carroll. Read Nabokov’s Pale Fire and this is quite evident. It is is a fictional 99-line poem being edited and critiqued by an ineffectual, pompous fictional editor. Nabokov's abundance of wordplay and hilarious absurdity is an obvious mirror to Carroll’s work.

Hi All! Welcome to my blog about writing fiction, with a focus on writing for kids and teens. I am jumping into the She Writes fourth annual Bloggers' Ball a bit late, but better late than never! Meg Waite Clayton, the fabulous host, is an inspiration to all, for her generous community-building. It's always a thrill to discover a new blog that talks about whatever's been on your mind, whether it's what's happening with digital pubbing, or tools to creating a vivid antagonist, or a description of a novel that is just what you're in the mood to read.

As for me, I write YA and middle-grade fiction, and I also illustrate. You can see a couple of my books on my right-side banner, and my banner up top is a pen and ink drawing of mine.

Without further ado, I will now go Blog Hopping, and I encourage you to click into the Bloggers' Ball logo above (The bookshelf) to do some hopping and dancing of your own!
Cheers, Catherine
Posted by Catherine Stine at 9:37 AM 23 comments:

Highlights from a Writers' Conference 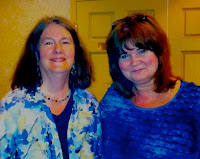 On June 3rd, 4th and 5th I led a workshop in at the Philadelphia Writers' Conference in Writing Fiction for Kids and Teens. I’m used to teaching 2 or 3-hour classes, so I wasn’t sure how much I could impart to students in hour-long segments. I was pleasantly surprised to discover that I can, indeed, squeeze a lot in! Handouts worked well, board charts were effective, and I made sure to have lots of interaction with my students, who contributed unique ideas and questions.

I loved my attendees’ enthusiasm and intelligence. Most people had already written at least part of a manuscript and were savvy about the requirements of their genre. Many in the group rose valiantly to my challenge of writing the dreaded 2-line elevator pitch. They are writing all kinds of cool stuff: space operas, high fantasy and snappy realistic YA to name just a few. The thoughtful Kerry Gans blogged about her experience here.

I sat in on Kelly Simmon’s last class on Plot. Kelly is a popular writer of suspenseful fiction. She drew a chart depicting the various kinds of writers: dreamer, outliner, driven worker bee, and what I call “pantser.” I agree with her feeling that most writers should "dream" more before they begin the writing process. That means not only conceptualizing your story and the characters that will inhabit it, but it also means doing many free-writes and prewriting. Free-writing from the antagonist’s POV as well.

Marie Lamba, an expert in publicizing her books, lectured on Marketing. And the agent panel did not disappoint. Agent Stacia Decker, from Donald Maass Literary spoke of her love for suspense and crime fiction. Stacia reps one of my absolute fave writers, Cherie Priest. Frances Collin and her co-agent, Sarah Yake, who rep a wide range of fiction, shared their thoughts on the digital revolution and ePubbing. One believes that the age of paper books is almost over, while the other (ironically the younger of the two) believes that both will be around for many years.

Gregory Frost, fantasy author of Shadowbridge led a 3-segment class on Character. I squeaked into the last class, where he had the whole room laughing about a fictitious character they created en masse. The fictitious man was a single firefighter, and lapsed Catholic who played bagpipes and sported a flame tattoo. Woo boy, lookout! I particularly appreciated Gregory’s insightful take on the literary potency of the symbolic self versus the real self. In other words, the “gap” in self-perception that could make a basically moral man rationalize his crime such as murder. The vast gulf between how one sees oneself and one’s actual actions in the world can be huge, and ripe material for fiction.

Eileen D’Angelo, Carol Sabik-Jaffe, Catherine DePino and Don Lafferty did a great job of organizing the conference, and making people feel welcome. If I forgot anyone, I thank you too. Eileen and I can be seen in the above photo. Hey, what do you want for a low-light scene shot with an iPhone 4? I had to run out before I could get more photos, and I confess, I missed the keynote speaker Solomon Jones, though I heard he was rousing. My excuse was that my brother’s rock band was playing that night up in Bluebell. It’s awesome that he put together a bunch of musicians who happen to be high-level accountants! Who knew accountants could rock out? Anyway, my brother John’s drumming was great, and the pulled pork and baked beans were tasty.

All-in-all, I had a wonderful time at the PWC meeting people, and talking shop with fellow teachers and students. If you’re a writer near the Philly area, do consider going. If you’re not, I recommend attending another writing conference. It helps motivate, inspire and build your writing community. Have you attended a writing conference or retreat? What was your favorite one so far, and what was the most valuable thing you learned from it?