Thank you, Catherine for having me on your great blog today.
I'm delighted, M. Pax.

Catherine asked me to write about bioengineering. Seems we’ve written stories about the same intriguing branch of science. There have been so many fascinating breakthroughs in the discipline.

Unlocking the key to DNA and what individual genes do brings on the next wave in evolution: alfalfa that’s spider silk, crops that grow more nutrient rich food with less land and less water, people who thrive on less with the ability to maintain optimum health so that there is less stress on the environment. 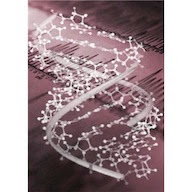 There are many great and beneficial uses for manipulating biology and evolution on our planet, and off it. Already the population on Earth requires the resources of four planets this size. Stresses on our world, will push us to find ways to survive, including colonizing other planets.

Over the millennia we’ve become so adapted to this planet, it may be necessary to change ourselves so that we can adapt and thrive. I envision our first settlements off Earth as versions of ourselves, people bio-engineered to quickly adapt to the world they land on.

At first, I think the changes to our biology will be small. Over time they may become more radical. That’s what I based The Backworlds on, when the alterations start to stray farther from the basic, current human.

The main character, Craze, can hibernate, has more sensitive hearing, has living hair, and irresistibly soft skin. These traits often come into play to hinder and help him.

His friends, the aviarmen, have birdlike qualities—strong and delicate, quick and agile, but they don’t fly. There’s a character who is a Jix, a race that can change genders, and another that is squat and strong created to live on a planet with higher gravity.

What differentiates the Backworlds from the Foreworlds is how changed the humans are from the original Earth model. If you could change your genes to gain a special trait, what would you do? I think I’d opt for longer spurts of energy.

Here's the novel synopsis: After the war with Earth, bioengineered humans scatter across the Backworlds. Competition is fierce and pickings are scant. Scant enough that Craze’s father decides to hoard his fortune by destroying his son. Cut off from family and friends, with little money, and even less knowledge of the worlds beyond his own, Craze heads into an uncertain future. Boarding the transport to Elstwhere, he vows to make his father regret this day.

Available as an ebook from: Amazon / AmazonUK / Smashwords / Barnes & Noble  For other outlets such as iTunes and Kobo, see M. Pax’s Backworlds Page.

Sign up for M. Pax’s newsletter for discounts on sequels in the series and notifications of new stories.

About the author:
M. Pax’s inspiration comes from the wilds of Oregon, especially the high desert where she shares her home with two cats and a husband unit. Creative sparks also come from Pine Mountain Observatory where she spend her summers working as a star guide. She writes mostly science fiction and fantasy, but confesses to an obsession with Jane Austen. She blogs at her website, www.mpaxauthor.com and at Wistful Nebulae. You’ll find links there to connect on Twitter, Goodread, FB and other sites.

For Catherine's review on The Backworlds go to Amazon and look for the title: Craze is the newest, coolest anti-hero for the space set!
Posted by Catherine Stine at 9:59 PM