Idea City welcomes Meradeth Houston who's talking about writing horror and other scary stuff. And, hey, I'm over at her blog talking about the same theme! Also, today's Dorianna tour stops at Books Direct, where I'm discussing all of the various twists on the Faust myths, and at Shut up and Read, where I'm interviewed.

Thanks so much for hosting me today! It’s a lot of fun being able to swap posts like this :). So, today, we’re talking a little about writing thriller/horror books.

Truth be told, I never thought I’d write anything scary. I’m a total scaredy-cat when it comes to books that have things that go bump in the night. I once started writing this half funny, half creepy ghost story about La Llorona haunting a Target store (haha, yeah, I know, silly, right?), and I got so scared I had to stop writing it. My husband forced me to go see Paranormal Activity with him, and I didn’t sleep for a week. Seriously. (He did feel bad about that…but not enough to try and get me to go see the next film. Sigh.)

Anyhow, An Absence of Light is on the scarier end of the spectrum, which is kind of a little new for me. It’s definitely leaning toward the thriller side of things, with a splash of sci-fi, but still, creepy killer aliens? They’re in there. And they’re not nice. Which I completely had a blast writing about. Sometimes letting loose with a seriously freaky creature that subscribes to a very different moral code can be really freeing. I love getting to stretch my writing muscles, and creating the world and aliens in Absence allowed for that.

The other thing is that there isn’t a ton of suspense in Absence that we see in, say, Signs (another movie that scared the snot out of me—didn’t help that I lived on my family’s farm surrounded by corn fields when I saw it). Hitchcock is another master of the suspenseful scary. In a lot of ways, it’s that build up, the not knowing, that’s the frightening part. Or, at least it is for me. In Absence, we always know who the bad guys are, and we know what they look like, but it’s the build up to what they’re doing that’s the freaky part. (Or, I hope it is!) The not-knowing comes in the form of whether or not Leah and her crew can stop the aliens, and if they’re all going to survive. Hopefully it’s the kind of suspense that will keep you reading, though maybe with the lights on ;).

So, I’m curious: what is it that makes something scary for you? And what’s the freakiest movie you’ve ever seen?

Absence of Light Blurb:
Leah’s always seen the shadow creatures. She thought she was immune to their evil—until now.
She’s walked into a massacre, stolen a BMW, and is running from the law for a crime she didn’t commit. Nineteen-year-old Leah’s life just went from mildly abnormal to totally crazy at lightning speed. But no one will believe that the shadow creatures are framing her for the murder, because she’s the only one that can see them. At least that’s what she thought.

When Leah stumbled across a group who share her ability, she discovers they have something she doesn’t: a way to fight back. When the group offers to teach her how to kill the shadow creatures, Leah jumps at the chance. But something is brewing with the creatures. They’re tracking down the hunters like there’s no tomorrow. Leah suspects that maybe there won’t be, and it’s up to her to make sure tomorrow comes. Because she’ll do anything to stop the shadows, including risking her life—and the life of the one she loves—to keep the world from being lost to darkness forever.

Buy the ebook, the paperback 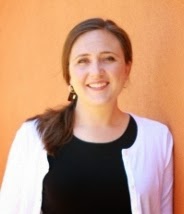 Meradeth's never been a big fan of talking about herself, but if you really want to know, here are some random tidbits about her:
*She's a Northern California girl. And now is braving the cold winters in Montana.
*When she's not writing, she's sequencing dead people's DNA. For fun!
*She’s also an anthropology professor and loves getting people interested in studying humans.
*If she could have a super-power, it would totally be flying. Which is a little strange, because she's terrified of heights.