There's talk about changes over at Facebook that will take place in 2015 regarding promo and book launch posts. This includes rumors about Facebook charging a base rate for a biz subscription. And there's also buzz about a new social media alternative called Tsu, and how FB folks should set up new profiles over there. Here's a NY Times article about it. Your thoughts on TSU?

And now, for the array of great launches!
Fantasy Uprising, the Untethered Realms boxed set is out, and just in time for the upcoming holidays! Isn't it spectacular? It contains novels from fantasy to dark magic to sci-fi.
Only $0.99 and available at Amazon, Nook, Smashwords, Googleplay, iTunes 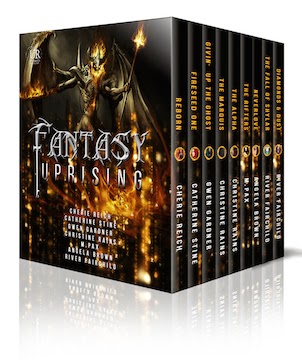 Stephanie Keyes, creator of the popular Star Child series has a new novella, The Last Protector. 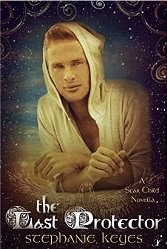 Here's a summary:
Gabriel Stewart helped his best friend Kellen St. James save the world from The Scourge in the Battle of Dublin. But before that? Gabe was just an ordinary guy who kept having dreams about a little boy with black hair and green eyes—a boy he hadn’t even met yet.

And even weirder? Gabe’s mind kept replaying these images on loop of things he’d never seen. He heard voices in his head when no one was around. And he actually blew off hot Valerie Gibbons to chase after the black-haired kid in the park. What was up with that?
As Gabe searches for the truth, fate continually puts him in Kellen’s path, but will he be able to stop the Children of Danu from stealing Kellen before the battle begins? What will it take for Gabe to become The Last Protector?
*The Last Protector is a companion novella--intended to be read after the other books in the series.


See all of Stephanie's novels on Amazon & B&N

C Lee McKenzie has a new YA novel out, Sudden Secrets.

A summary:
One Secret
Cleo has struggled to heal after her baby sister’s death, but the flashbacks to the accident won’t go away. With the move, she vows to keep her tragedy a secret and avoid pitying looks.
One Mystery
Something’s strange about the abandoned house across the street—flashes of light late at night and small flickers of movement that only someone looking for them would see.
Everyone says the house is deserted, but Cleo is sure it isn’t, and she’s sure whoever is inside is watching her.
Another Secret
In one night, Belleza’s life changes forever. So famous, her only choice is to hide her secret from the world so she can silence small town bigotry.
Then Cleo happens. 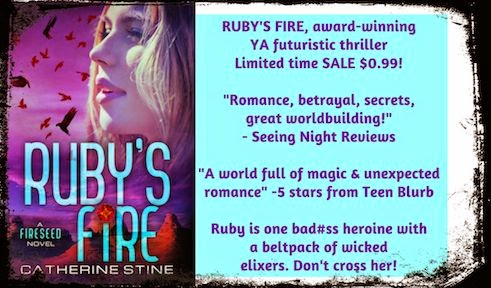 And my new dark YA Dorianna is getting nice reviews, which I'm grateful for. 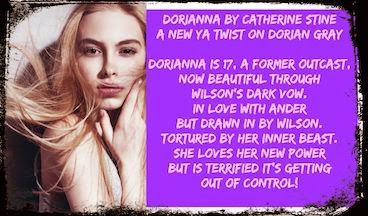 Here's the newest reader review:
WOW .... SERIOUSLY WOW!!! I honestly wasn't sure what to expect from this book as Dorian Grey was ... well, Dorian Grey. Someone who wants to adapt this to more modern times could really go either way, really bad or really good. This was FANTASTIC!!! Although personally, I do prefer the bad and want a Wilson of my own it was so very well written! The fact that it tackles the current fad of "followers" and current internet insanity was just brilliantly written and well executed! I really really loved it and will definitely be recommending it to others. An excellent read for sure!!! 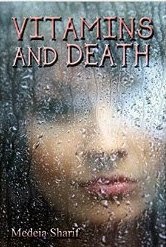 Medeia Sharif's brand new YA novel Vitamins and Death is out.
A summary:

Deidra Battle wants nothing more than to be invisible. After her mother, a public school teacher, engages in an embarrassing teacher-student affair at Lincoln High, they relocate to a different neighborhood and school. Being her mother's briefcase, Deidra joins her mother at her new workplace, Hodge High. Since her mother has reverted to her maiden name and changed her appearance, she thinks no one will figure out they're the Battles from recent news and that they're safe. Neither of them is. Hodge brings a fresh set of bullies who discover details about the scandal that changed Deidra's life. Feeling trapped at home with an emotionally abusive, pill-addicted mother and at school with hostile classmates who attempt to assault and blackmail her, Deidra yearns for freedom, even if she has to act out of character and hurt others in the process. Freedom comes at a price.
Available at Amazon

Cherie Reich's newest, People of Foxwick is out too. What a gorgeous cover! See all of Cherie's Foxwick's books: Amazon & B&N  The blurb: 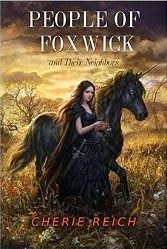 The kingdom hangs in the balance. War threatens Foxwick on all sides.
The dreaded Shadowlands gains more souls. From the shrouded trees in Greymist Forest to the arid Blackden Barrens, monsters roam in search of their next victim. Sirens lure ships beneath Merrilea Sea. In cold and snowy Wintermill, royals plot to claim Foxwick as their own, even if they must use dragons and sorcery. Marriage between Foxwick's king and Lochhollow's princess creates a perilous alliance. Although brave Valdale will come to Foxwick's aid, the cost may be more than a true friend can stomach. Set over a hundred years, these seventeen fantasy short stories explore the people, creatures, and lands in and around the Kingdom of Foxwick.
Short stories in the collection: Common Love, Blind Scribe, Lady Bard, Siren's Call, Tribal Abandonment, Dragon's Sacrifice, Dragon Spy, Dragon Seer, Sword Master, Lady Death, Mage Game, Courting Magic, Monster Hunger, Mourner's Lament, Magic Seeker, Prince's Price, and Love's Challenge

The best present one can give to an indie author is the gift of buying, reading and reviewing their books. Agree?

So what are your thoughts on Tsu, Ello, Instagram, Tumblr, Facebook's new policies, any of the above? Which are your fave social media hangouts? For personal posts? For promo?
Posted by Catherine Stine at 9:43 PM