Today on Idea City we have another bunch of newly launched books & cover reveals! 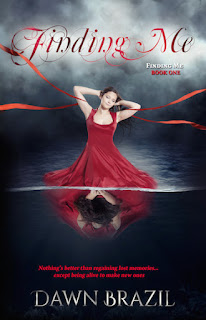 The first is an edgy YA fantasy

Finding Me by Dawn Brazil
published by Booktrope Press

Sixteen-year-old Chloe Carmichael’s perfect world is in chaos.
It’s not because she has a vision of her boyfriend murdered and then he’s found dead exactly as foreseen. It’s not because she suddenly has the ability to move objects when she’s upset. It’s kinda cool to close a door without touching it. And it’s most definitely not her overbearing mother who only cares about appearances. Chloe has already grown quite accustomed to her family’s distance.
So what has Chloe cringing in fear?
It’s having to become another person for a new group of people. She knows she’s not perfect, but apparently she was in another life. In that other life, she was known as Amanda. Amanda was perfect. Chloe, not so much. Her new friends won’t allow her to forget.
Chloe struggles with a love that exposes the soul. It’s a love that defies reason. It’s a love that speaks to her heart and demands attention.
It’s the stench of impending death that hovers over her every move.
It’s that final threat as she tries to acclimate to a life of super human proportions.
It’s the enemy she can’t see and doesn’t remember. And most importantly, it’s never discovering who she really is that truly frightens her.
Buy Finding Me at Amazon, B&N 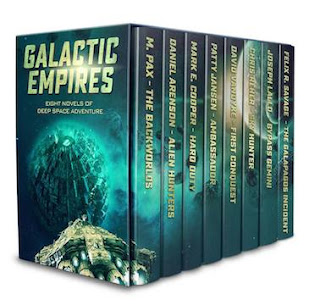 Eight full-length novels of adventure, war, intrigue and survival in the far reaches of space.

The Backworlds by M. Pax
A man struggles to survive in the harsh world of humanity's outer settlements and prove his father wrong.
Ambassador 1: Seeing Red by Patty Jansen
To look an alien superior in the eye is a deadly offense. To accuse him of a political murder…
Alien Hunters by Daniel Arenson
A scruffy alien pest controller faces an alien threat the likes of which the universe has never seen.
Hard Duty by Mark E. Cooper
Hostile aliens nearly eradicated humanity. Will the next encounter finish the job?
Bypass Gemini by Joseph Lallo
A disgraced racer pilot gets mixed up with a mega-corporation. Now he has to stop them.
Sky Hunter by Chris Reher
Sent to a human outpost to investigate sabotage, a pilot finds more trouble than she bargained for.
The Galapagos Incident by Felix Savage
A genocidal AI attacks the solar system, and a Space Corps agent has one chance of saving a bunch of asteroid squatters she was sent to evict.
First Conquest by David VanDyke
To find a home and keep humanity safe from hostile aliens, Task Force Conquest must fight to seize a new star system.

Here's a YA great, new sci-fi from Jennifer Macaire 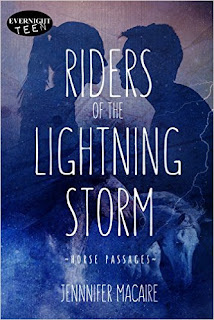 Pioneers from Earth, the first Settlers, arrived on Home Planet in giant spaceships after getting lost in a huge lightning storm. On the planet, they discovered herds of horses that seemed to vanish every time the storm season came. But they didn’t vanish; the horses had the ability to open passages through space to other planets. A few Settlers started following the herds, finding new planets. Soon, a mighty Federation of planets was born, cities and spaceports grew – but there were some who still followed the herds, seeking out new planets for the growing population of Settlers. These were the Herders – a small group of explorers who accompanied their horses across the galaxy, through passages they called the Lightning Storms. But mysterious alien Raiders preyed on the horses and their Herders – and those taken were never seen again.

Meagan and Carl Cadet, youngest herders in the Federation, fought to keep their horses when their parents were taken by Raiders. The Cadets are loners, and prefer to keep to themselves. To shy Meagan’s dismay, on Tauii 3 they are joined by the rowdy Jeffries brothers. But when tragedy strikes, Meagan slowly opens up to the Jeffries’ friendship. Then Raiders capture Meagan and Luke Jeffries. Now they have to find the key to unlock the mysterious horse passages – or die.
***
Aaaand finally, a cover reveal for Lisa Voisin's The Warrior Prophet. Nice cover! 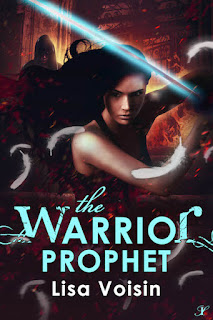 The Warrior Prophet by Lisa Voisin
Book 3 of the Watcher saga. Available on April 13 with Inkspell Publishing.
Pre-order it now! Amazon kindle or print, Kobo, B&N
Add it on Goodreads

Mia Crawford is a prophet.
She can see angels. She also sees demons. Everywhere.
She knows the angels are preparing for war to get her fallen angel boyfriend, Michael, back.
A war that could take years.
Haunted by visions of Michael’s soul being tortured, Mia can’t rest until she knows he’s safe.
To save him, she must make an impossible journey through Hell. Her only guide is the one person she prayed she’d never see again.

Posted by Catherine Stine at 6:11 AM