I've got two events: the continuation of the apocalypse blog hop and the launch of sci-fi and horror writer, Ellie Garratt's story collection, Taking Time.
For those who hopped over for the apoc-hop, scroll down to the awesome prizes and the Rafflecopter!!!

The future of humanity must be decided in Next Phase. Winning the Planetary Lottery is not as lucky as it first seems in Schrodinger's Gamble. An apocalypse and its aftermath threaten to tear one couple apart in Daiker's Children. In Life As I Know It a reclusive man finds both his heart and home invaded during an alien harvest. In Taking Time a demon seeking shelter on a distant planet finds himself facing a very different kind of demon, after answering a frontier settlement's plea for help. Stories range from flash fiction to novelette in length. 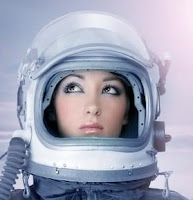 A life-long addiction to reading science fiction and horror meant writing was the logical outlet for Ellie Garratt’s passions. She is a reader, writer, blogger, Trekkie, and would happily die to be an extra in The Walking Dead. Her short stories have been published in anthologies and online. Passing Time: Nine Short Tales of the Strange and Macabre was published in March 2013 and contains nine previously published stories. Taking Time and Other Science Fiction Stories is her second short story collection.

As far as apocalypse goes, one of my favorite writers, Don DeLillo posits in his novel, Point Omega, we have an irrepressible urge to become “dumb as stones”, to unburden ourselves of our consciousness in one great, cataclysmic endgame explosion? What happens after the Omega Point—the rising timeline that rushes to the point of maximum complexity, after which the universe will become unrecognizable due to its enormous changes?

Or is it more an urge to reconstruction and reinvention—to a re-virgined world, fresh and exciting in its newness? Why else would we keep creating these explosive “ends”?

In DeLillo’s Point Omega, his characters who discuss the state of the world, have a very personal omega point after a shocking turn of events.

In Ruby’s Fire, my post-apoc fantasy, the world has already experienced a fiery sort of death, and is in the infant stages of reforming—that perilous place that could tip to metamorphosis or final death.

In Jonathan Maberry’s Rot and Ruin, the world is being overrun by Zombies.

In this blog hop, I'm giving away a copy of each of these books (and more), to the person who leaves the most insightful and creative comment about their take on apocalypse. That and entering the Rafflecopter suggestions. Get your apocalypse on, and after you’re done here, visit other great sites in the apoc-hop.
a Rafflecopter giveaway
Posted by Catherine Stine at 1:19 PM