Today on Idea City I have a fellow Inkspell author, the fabulous Stephanie Keyes, with a focus on her Star Catcher novel! Plus the first two in the series are on sale. Enter the Rafflecopter below for these prizes: One Complete E-book Set of the Entire Star Child Series (INT) & Multiple e-book Copies of The Star Catcher (INT). How cool is that?!

Magick and destiny intertwine as he fights to save his kingdom and the goddess he loves.

Her kiss…the feel of her skin…the beat of her heart…For seventeen-year-old Kellen St. James, each memory is marred by a single sentence on a lone strip of paper.

Cali has been taken…

Armed with an amulet that channels the ultimate power of Faerie, Kellen searches for his love. However, control of the amulet’s energy comes with a price, and Kellen soon learns that Cali’s captor has plans for the stone. With the threat of the Star Catcher’s evil looming above Kellen and his kingdom, he’ll have to free the Heart of Faerie and break the curse the binds the Children of Danu to the darkness. But before that, he has to find his real father, the king. No pressure, right?

Kellen and Cali will battle bewitched armies and unknown foes as they fight to stay together. Will Kellen embrace his immortal destiny? Or will his world, and the man he is fated to become, be destroyed by The Star Catcher?


Sale! This week only, grab the first two in the series:
The Star Child and The Fallen Stars for just $1.99!
Amazon | B&N

Excerpt
“I thought I’d never see you again.” Cali’s voice sounded small.
“There’s so much to tell you, I don’t even   know where to begin.”
“I know.”
“Marry me. For real this time.” The words came out in a rush, but I’d never wanted anything more. I didn’t plan on being apart from Cali ever again. “No Faerie attacks, no fleeing the country.” I didn’t know how to sum it up properly. “Just be mine.”
Cali smiled and pushed her warm body even closer against me. “Yes. Yes. Yes. Yes.” Her yeses jumbled together as we kissed again. “I will marry you. I will.”
We had so much more to share, but I wouldn’t think past this moment, past today when I had Cali in my arms, finally, with our never-ending life lying ahead of us. I asked her to marry me. Promised it, in fact. I would keep my promise. Somewhere in the middle, I’d have to tell her the rest of what had happened. But today, in this infinitely glorious time, we were finally together again. 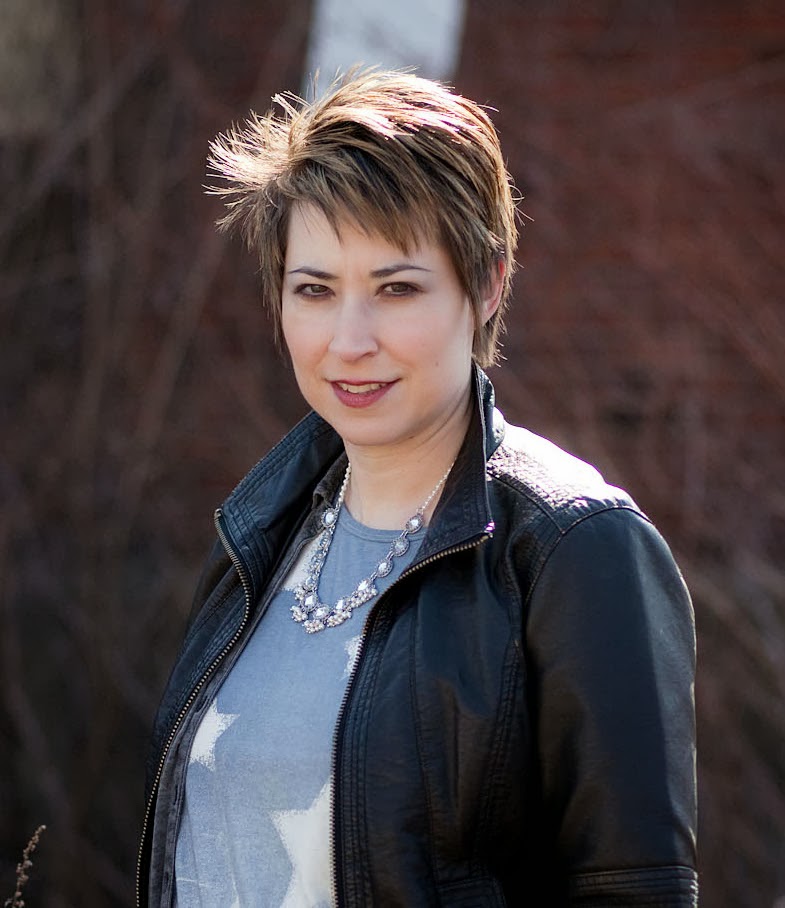 About Steph
Stephanie Keyes grew up in Pittsburgh, Pennsylvania and spent years traveling and working as a Corporate Trainer before she made the decision to pen her first novel.  As a teen, her family always accused her of having an “overactive imagination.” Now, she’s encouraged to keep her head in the clouds and share her world with readers.
Still a resident of the ‘Burgh, Steph is now Mom to two little boys who constantly keep her on her toes. In addition, she's best friend to her incredible rockstar of a husband. She is an active member of the Society of Children's Book Writers and Illustrators (SCBWI), as well as a featured author for Love a Happy Ending Lifestyle e-magazine.
Keyes is the author of the YA Fantasy series, The Star Child, which currently includes The Star Child, After Faerie, The Fallen Stars, and The Star Catcher, all from by Inkspell Publishing. Steph writes YA novels because she’s a hopeless romantic who lives to believe that Magick truly does exist. She is hard at work on a new YA novel.

Posted by Catherine Stine at 6:20 AM