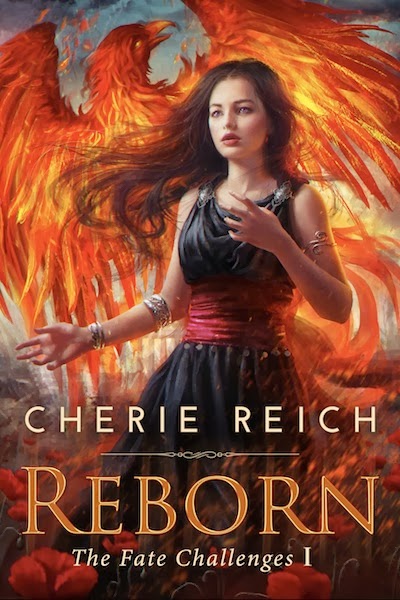 Fellow Untethered Realm author, Cherie Reich's new epic fantasy, Reborn comes out on May 23rd, but in the meantime the blogs have been burning up with her astounding cover reveal. I mean, seriously, I have never seen a more beautiful pair of wings on a magical bird. Like everrrrr.
Makes you want to read the book! Put it on your Goodreads TBR list. Or if you'd rather be notified via Cherie's newsletter, sign up.
And let's hear some applause for her cover artist, Laura Sava. *enthusiastic cheers and claps*

To save a kingdom, a prophetess must challenge Fate.

On the day of Yssa’s death and rebirth, the god Apenth chose her as the Phoenix Prophetess. Sea serpents and gods endanger the young prophetess’s journey and sour the omens. Yssa is cursed instead of blessed, and her duties at the Temple of Apenth prove it. She spends her days reading dusty scrolls, which does nothing to help her forget Tym, the boy back home. But the annoying yet gorgeous ferryman’s son Liam proves to be a distraction she can’t predict, even though he rarely leaves her alone for two sand grains.

Her boring temple life screeches to a halt when visions of her parents’ murders consume her. Yssa races across an ocean to stop the future. If she can’t change Fate, she’ll refuse to be the Phoenix Prophetess any longer. Fate, however, has other plans for her and the kingdom.

Yssa must either accept her destiny or fight to change Fate. 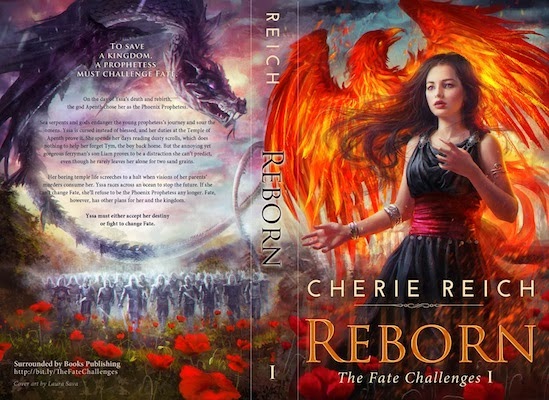 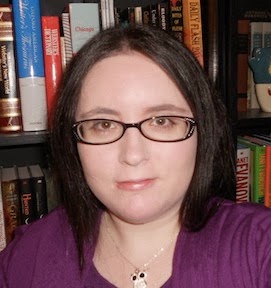 A self-proclaimed bookworm, Cherie Reich is a speculative fiction writer, freelance editor, book blogger, and library assistant living in Virginia. Her short stories have appeared in magazines and anthologies, and her ebooks include the horror series Nightmare, a space fantasy trilogy titled Gravity, and a fantasy series The Foxwick Chronicles. She is Vice President of Valley Writers and a member of the Virginia Writers Club and Untethered Realms. Find her on her website & blog.

Posted by Catherine Stine at 7:09 AM